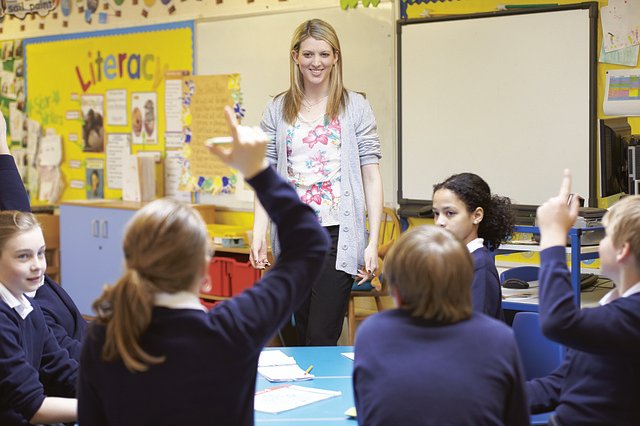 Teachers unions aren’t happy, but this time, they’re mad at President Joe Biden. In February, the Biden administration released guidelines to keep standardized tests in schools. Needless to say, a lot of school administrators weren’t pleased. After all, school board officials across the country are trying to delegitimize test scores. But the administration did the right thing here. Standardized tests are crucial in giving poor kids in America a shot.

I grew up poor in a single-income household. I couldn’t become a trained violinist or travel to Rome for summer school experiences. I could study, though. And because of good luck, hard work and high test scores, I now attend an Ivy League university with the help of significant financial aid. Testing and academic performance were the best way for someone like me to succeed.

Nevertheless, activists argue that standardized tests must be discontinued to dismantle “white supremacy.” Consider the SAT, the test most high schoolers use for college admissions. Activists point to data that shows that richer, more privileged, children perform better on the SAT. This has led to allegations of cultural bias and systemic unfairness.

But the results of the SAT say less about the test and more about high schools’ failure to properly educate. Students across the country are failing to meet testing federal benchmarks, even before COVID-19 disrupted education. It’s our education system itself that needs improving and failing schools that need to be turned around.

Blaming the tests doesn’t help anyone and, contrary to accusations of cultural bias, it is the math section that is hardest for students. Undeterred, some educators, like the Oregon Department of Education, now just criticize math itself for favoring the privileged.

It’s no secret that tests aren’t pleasant to take. They are stressful, long and hard. But they were useful for me, and they’re useful for a lot of other poor kids.

The SAT has been a metric for college admission programs to measure academic potential since the 1930s. Research shows the test is a good predictor of student outcomes in college — which is where people like me could succeed. And testing can help identify gifted children who lack privileges. For example, when a large Florida school district implemented a universal, nonverbal screening test for elementary school students in 2005, the number of Black and Hispanic students identified as gifted actually doubled.

The attacks on standardized tests are part of a broader assault on academic sorting. Advanced learning classes in Boston have been canceled lest they create unequal outcomes. Others are going further. A number of schools in California will stop using traditional A-F grading to combat inequality. Who benefits from these policies? Activists think they are helping marginalized communities, but they are actually stripping them of their ability to showcase their talents.

Rich parents will always find a way in

Taking away opportunities for students to excel in traditional ways at high school will not deter wealthy parents. They will still help their kids get to college.

Rich parents can afford extracurricular activities like dance, music lessons and unpaid internships. It was only two years ago that rich parents were busted for literally bribing admissions officers to get their kids into college.

And when eight privates schools in Washington, D.C., banded together to drop out of the Advanced Placement program, they cited “the diminished utility of AP courses and the desirability of developing our own advanced courses.”

Children of the rich and powerful don’t have to worry about college admissions officers not looking at their AP-free transcripts, but students in rural and poor areas do. Removing quantifiable academic standards won’t help the poor pursue elite higher education.

Two of the most important predictive metrics students like me have to show our academic success is the SAT and a student’s GPA. Asking colleges to reject these in favor of “soft” or “holistic” parts of an application will only favor those who have money or connections — students at expensive, prestigious boarding and independent schools.

No, a student’s SAT or GPA is not the only thing that matters. Character, leadership and kindness matter far more in life. But just because a test doesn’t tell us everything about a person doesn’t mean it is useless. It certainly doesn’t make it racist. But if schools abandon these important benchmarks, they will certainly become classist.

It’s been a year of Zoom and gloom. Here’s how we can build something better.

Letter: $11 per hour to sub at a Utah school? Executive orders won’t solve teacher shortage. But higher pay might.