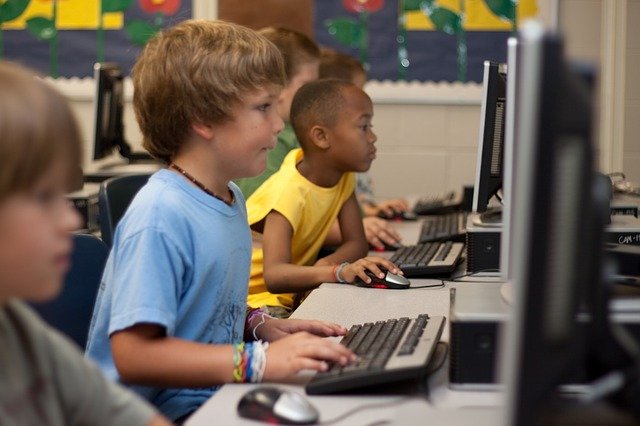 ANN ARBOR, MI – Ann Arbor mom Kristen Bodley said she feels like her 10-year-old son, Jackson – who is bright and normally top of his class in reading, writing and math – hasn’t learned a single thing all year.

After spending over a year of fully remote learning at Ann Arbor Public Schools, the fourth-grader’s test scores have plummeted, his writing skills have deteriorated, and every day is a fight to keep him engaged in his online classes, Kristen Bodley said.

The 180-degree change in her son’s academic performance has left Kristen Bodley with what she feels is the only option: Summer school. Even though she wants to give her son a break to relax over the summer, she also feels like he needs to continue learning over the summer so he doesn’t fall further behind.

“This virtual school year, to be honest, I just feel like he hasn’t learned anything,” Bodley said. “And my kid is smart. I think that a lot of people did have learning loss, and I think the kids could use (summer school).”

Jackson Bodley is one of countless K-12 students across the state who have suffered from substantial learning losses this school year due to the coronavirus pandemic. Some are calling it the lost school year in Michigan, after many students faced immense academic challenges like disruptions to face-to-face learning and inadequate internet access for remote learning.

In an effort to tackle COVID-19 learning loss, school leaders across the state are revamping their summer school programming to try and keep students engaged over the summer and catch them up before the fall.

Many schools are reimagining and expanding their summer programs by inviting significantly more students to participate, increasing the duration of summer school, and overhauling summer curriculum to focus on project-based learning for more student engagement.

“(Summer school) is different this year,” said Dawn Linden, assistant superintendent of teaching and learning at Ann Arbor Public Schools. “The goal is not to give students more of the same, but to give those students something different to help boost and support their learning into fall of 2021.”

This year, summer instruction won’t just be focused on academic catch-up, but also on social and emotional learning – something that many kids have missed out on this year because of remote learning.

“The design of our programs is to have the social emotional elements embedded,” Linden said. “Kids have just come off a tough year, and part of that social emotional learning is having fun together.”

Ann Arbor is working to make summer school fun – rather than feeling boring or punitive – by teaching content through projects, games and challenges this summer to keep kids engaged, Linden said.

Educators are also adjusting summer programming to focus on foundational learning, making sure students truly have a deep understanding of key concepts from curriculum rather than focusing on the traditional classroom experience, she said.

“Elementary and middle school families shouldn’t expect that (summer school will be) taking a course over again, that’s not the focus for summer,” Linden said. “It’s about foundational standards, and it is really about engagement and fun as well.”

But many parents are concerned about putting their kids through online-only summer school after a full year learning from a computer. Bodley, whose kids were at Ann Arbor this year, doesn’t want to sign up for the district’s summer school programming because it’s mostly online, with only a select number of students invited for in-person instruction.

“We’ve been hearing through the district about their ‘robust’ – and I put that in quotes – summer program, but it’s mostly virtual,” she said. “I’m not putting my kids through any more virtual.”

“The great thing about Dexter is they let you pick and choose, so if I want my kid to go a few weeks out of the summer, I can do that, and it’s free,” she said. “So we are considering that, and we actually did register him for that as a backup plan.”

Some parents think summer school isn’t the answer to getting students caught up, and instead want to give children a break after a hectic school year.

Lisa Lint-Vander Zouwen said even though her fourth-grade daughter has been invited to participate in summer programming at Grand Rapids Public Schools, they haven’t signed up for it. Instead, she wants to give her kids time to relax after a stressful year.

“We’ve been staying home all year, so it’s not only been a challenging year for school but also in their own lives, with not seeing their friends or family,” she said. “So it’s been a stressful school year for us, and I think that play and downtime and creative time is just as important at school.”

Despite reservations from some parents, school districts are making a concerted effort to bring more students in for summer school by opening up capacity limits this year.

Roughly 4,000 students have already signed up for summer school at Grand Rapids Public Schools, which is four times greater than the district’s typical summer of 1,000 students.

“We’ve seen a tremendous response when we put out the summer invite in March,” said Mel Atkins, Grand Rapids’ executive director of community and student affairs. “Parents have really said that they want this option for their kids.”

The district’s five-week program, which runs June 21 to July 22, is four days a week, Monday through Thursday. GRPS is offering in-person and virtual summer school options, and about two-thirds of families opted for in-person instruction, Atkins said.

Atkins acknowledged that sometimes summer school gets a bad rap of being a punishment for failing classes. But he said GRPS has revamped the program to make sure students know it will be a hands-on, interactive approach to help catch them up after a school year that has been difficult for everyone.

“It’s not a punishment, it’s going to be very hands on,” he said. “They have different project-based learning components at each grade level, like there’s a ‘Welcome to Your Neighborhood program, community heroes at another grade level, you get to make a comic book.”

Kalamazoo Public Schools is expanding its summer programming by pulling students out of the traditional classroom environment and bringing them out to engage with community partners, said assistant superintendent Cindy Green.

For example, the Kalamazoo Symphony Orchestra will work with kindergarteners to teach music, Green said.

“We are working collaboratively with the community agencies to help provide engaging activities within the curriculum that will demonstrate learning in alternative ways than just paper and pencil or on a computer or laptop,” she said.

“In fact, the goal is to get away from using Chromebooks and computers to the greatest extent.”

Kalamazoo’s “Summer Readiness” program will be in-person, a stark contrast from the ongoing school year which has been fully remote. The district is hoping to use summer programming to get students acclimated to the classroom and engaged in social-emotional learning.

“There are a lot of students who, virtual learning was not their best option, they like to be around others,” she said. “This face-to-face opportunity will give students that chance to get back into the swing of what school will look like (in the fall).”

Flint Community Schools is focusing on literacy this summer, after many students fell behind in reading and writing during the fully virtual school year, said assistant superintendent Kevelin Jones.

“We’re finding that our scholars are not able to read and write like they should,” he said. “We believe if a child can’t read, then they won’t be able to do all of the other things, they can’t participate in science if they can’t read, so we are focusing our attention on literacy.”

The district was one of five across Michigan this year that were awarded $3 million each over a five-year period to begin work to advance literacy skills, including pre-literacy skills, reading, and writing.

Educators see summer school as an important part of getting students caught up after more than a year of significant academic challenges and subsequent learning loss.

“There definitely is a real risk of having a lost generation of students if we don’t do things that are necessary and evidence-based to really support students, especially those underserved students, in finishing the learning that has been so disrupted over the last year,” said Mary Grech, chief of staff of the nonpartisan group Education Trust-Midwest.

But summer school isn’t the only answer, she said.

“It really is going to take a potent mix of extended learning opportunities like summer school, as well as intensive tutoring and other evidence based strategies,” Grech said. “We have a lot of challenges ahead.”

To Teach Students to Read, Give Them Something Worth Reading