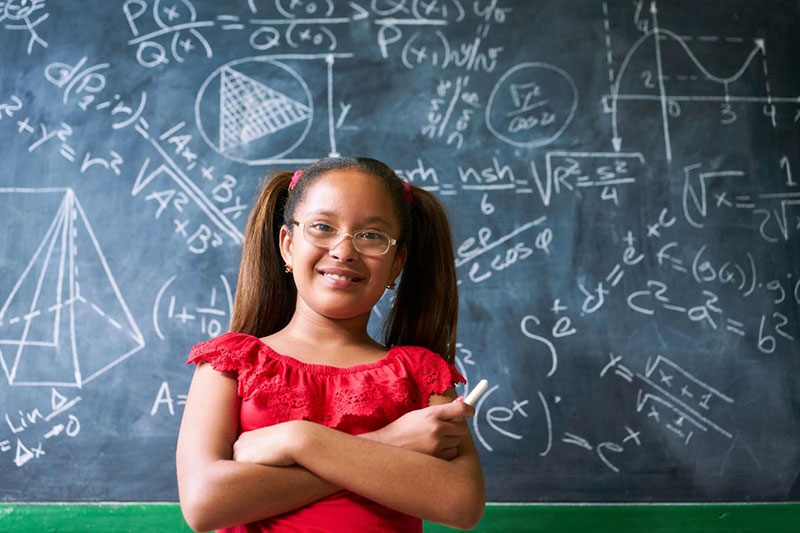 Spending most of 2020 attending school virtually, students at a small charter school in Aurora are enjoying a new kind of class where everyone chooses what to learn.

“It’s kind of boring to sit on a Zoom screen all day,” 14-year-old Karinne Jones said. “It feels good to just work on something I’m passionate about.”

She is learning to sing. Empower Community High School’s Hustle Collective bought her a microphone and a recording device so she can sing and listen to how she did.

The small charter school in Aurora has raised money and won grants to pay for the program. This semester, each of the 30 students in the class could spend up to $100 for materials needed to learn a skill. The students picked a variety of projects. One is creating a board game, another is mastering baking skills. Another is learning to edit videos.

“It’s about giving students a chance to invest in themselves,” said Olivia Jones, co-founder of Empower, and not related to Karinne. “It’s been definitely a course of joy for our students.”

But it’s also about engagement. The idea for the program came in April just after schools had shut down as the pandemic set in and students had to learn remotely while educators rushed to adapt their lessons to a computer screen.

Since then, across the country, students have disappeared from public schools. Some of those who remain enrolled aren’t always participating in remote classes. Many schools have cancelled electives, hands-on classes, and extracurriculars that drew in students, so many educators worry about decreasing engagement.

Empower currently serves about 130 ninth and 10th grade students. Most of them are students of color.

In the Hustle Collective students can work on something hands on, independently, and off of a computer screen.Become a Chalkbeat sponsor

“The Hustle Collective gives students an opportunity to just really control something in their life,” said Irina Amouzou, a college student and director of the program.

Empower hired Amouzou and other college students to serve as coaches, or what the school calls “Hustle champions,” who mentor students and listen to weekly reports of progress.

“As champions, we’re not there to tell you what you should do or how you should do it,” Amouzou said, “but instead to be someone who listens and who cares.”

The students in the class aren’t graded on whether or not they master the skill they’re learning. Students are graded instead on their ability to stay on track, and to reflect on their learning.

“Even in the challenges, we’re learning a lot with students,” said Jones, the school’s co-founder.

Karinne, the student working on singing and playing piano, logs on once a week for a call with her coach to talk about how she’s doing and what challenges she’s faced.

“Sometimes I do feel like I lose motivation, but that’s when it helps to have a Hustle Champion,” Karinne said.

One thing students reflect on with their coaches is their goals. In Karinne’s case, she wants to be able to sing gospel songs. Her uncle’s church has gone online and is having trouble finding singers for the virtual celebrations.

She has been practicing and has weekly one-on-one virtual lessons with a singing teacher, thanks to her $100 allocation from the program.

“I’ve definitely learned that I learn better through engagement,” Karinne said. “When I’m with my teacher every week, singing and telling me to sing back, it’s really better than doing an online program alone.”

Rosie Schmidt, 16, said that when remote learning started, it was hard to be excited about classes. Now, Schmidt, who uses the pronouns they and them, is attending and participating in all classes, and getting better grades.

“It actually ended up being really fun,” Schmidt said.

Schmidt, who wants to one day own an alterations shop, is learning to sew. The money helped pay for fabric, pens, and rulers. So far, Schmidt has made two masks, is starting to sew an apron, and one day hopes to be able to sew a prom dress.

“I’ve learned how to handle the machine,” said Schmidt, who believes their sewing skill has really improved.

While making the masks, the sewing machine broke several times and Schmidt had to learn to take it apart and put it back together.

But Schmidt laughs it off now and describes the repairs as relaxing.

Shannon McDonald, one of the college student coaches, said that how students have handled the projects has been inspiring to her.

“Watching them commit themselves to whatever I think definitely has inspired me,” McDonald said. “I’ve got to go back to some of the things that are my hobbies and interests.”

She also wishes schools had offered more independence to her when she was in high school.

“They all just needed time where they’re not just being told to sit down and given instructions,” McDonald said.

It’s a program that fits in with Empower’s overall mission. School leaders say they always incorporate student voices into decision making and design of programs. “When you give people complete control of their learning it tends to have really wonderful results,” Amouzou said.

Challenges And Ideas For The Substitute Teacher

We Consider This A First Victory’: Penn Professors See University Gift As An Important Step For Funding Philadelphia Schools