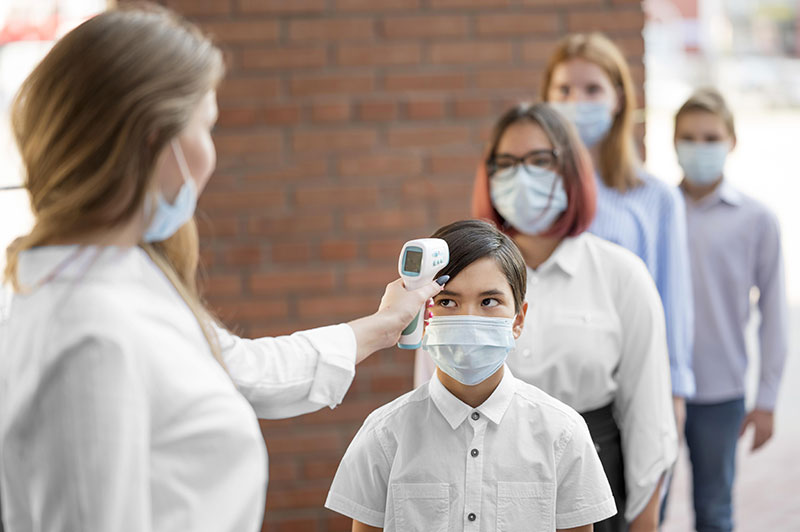 As the school year begins amid an ongoing pandemic and after a summer of racial reckoning, Social and Emotional Learning is going to hold special appeal to educators trying to help students heal from a range of painful losses.

The idea behind this kind of learning, known as SEL, is that when students are calm, regulated and self aware, when they feel safe, then they will be equipped to focus on academics. This year, with unprecedented challenges facing American children and teachers, the allure of SEL as a silver bullet is pronounced. If there is a way to calm kids down and get them focused on what schools have for so long called ‘learning,’ then of course, many educators want to jump on it.

I have spent the past five years studying and writing about packaged SEL programs and toolkits, and observing how they are used in classrooms. I worry that they are not up to the task. That’s because many SEL programs privilege a cheery outlook, and ignore what can be learned in the most difficult moments. For example, a teacher might coach a visibly angry student through a calming exercise — and at the end of it tell the child that they are not angry anymore. Another common activity is to have children write up their “hopes and dreams” for the school year and then tell them that this means their voices are being heard as part of creating their classroom culture. (If their hopes and dreams are an accessible, effective COVID-19 vaccine and the end of white supremacy, they might have a harder time fitting that into the template the SEL program provides.)

To be clear, some of the problems are with the facile way SEL tends to be practiced and codified in packaged programs. More of the problems, I would argue, are actually embedded into the assumptions underlying SEL in the first place — specifically, the idea that emotional life and the social world of humans can be distilled into a set of skills, that regulating emotion is definitively connected to empathy and progress, and that problems tend to have tidy solutions.

Here’s the problem with relying too much on systems that privilege positivity, calm, and feeling safe: Not a lot of students, and not a lot of teachers, are going to be calm and regulated right now. Not a lot of us are going to feel safe. Putting aside sadness and rage might be efficient, and sometimes it can lead over time to real healing, but right now it also speaks to a privileged level of blindness. Self awareness, for children who are participating in a cascading set of national tragedies, might very rationally lead to rage.

Running a classroom — virtual or face-to-face — where rage is part of the regular fabric can be intimidating, even scary. But relying on SEL tools and techniques deepens a tremendous wedge between children and adults. Instead of encouraging belly breathing and then hurrying into a lesson, what if we weave in chances to share our stories and listen to those of our students? What if we watch children closely and then dedicate time outside of class to thinking about what they might have been trying to communicate through their inevitably complex behaviors? What if we approach relationships with and among students the way we approach relationships in general — with some humility, a lot of questions, and a lack of predetermined direction regarding the emotional outcome? What if we slow down the “emotional learning” and sit with our students, on-screen or off, within the emotion?

It is also crucial to acknowledge that SEL is frequently weaponized to marginalize Black and brown students, whose methods for self-regulation might be less individualistic or whose “social awareness” might subvert some of the rigid, white supremacist norms of school. In my research, for example, I documented so many examples of Latinx children braiding one another’s hair and leaning on friends’ bodies, often as a way to relax into the demanding rigors of school, only to be told by teachers that keeping your hands to yourself and your body still are really the only ways to stay calm and focused.

Putting aside one’s emotional life and focusing only on academics during this year would be impossible and undesirable. Any teacher knows that there is not really such a thing as academics without emotions. Neuroscience has popularized the notion that learning can’t happen under stress, but we have only to look at all that our nation’s children have endured and accomplished these last months to understand that is not exactly true. In fact, some of the most powerful learning can accompany tremendous stress, sadness and rage, though it is often not the same learning that the curriculum guides have planned for. Take a moment to think about what you have learned, about yourself, history, and the world around you, during this pandemic. Think of beautiful books you have read, movies you have watched, by creators who were grieving or frightened while they made their art.

This year, as we turn toward our students of all ages, let’s put aside the acronyms and checklists of codified SEL. Instead, let’s listen to our students and find them in any way we can: online, in sparsely populated classrooms, under a tent outside. Let’s watch them try to figure out how to play without getting too close together, and let’s figure out what safety can mean now. Instead of ‘doing SEL,’ instead of reading up on the skills and strategies we need to make sure things run smoothly. And let’s start with the assumption that there isn’t going to be very much that’s smooth. And while it would be pat to say ‘that’s OK,’ that is the reality, the set of internal and external compromises that all of us, but most of all children, are going to be constantly making.

Remembering the emotional complexity of this moment is how we can emerge from this without having failed a generation into thinking that even in the midst of the worst, they have to stay neat, tidy, compliant, and, in every way, far apart. It’s OK to be as sad, angry, and human as we need to be this year. That is not Social and Emotional Learning, as it is generally taught or as its assumptions indicate. That is real education.

Dr. Clio Stearns is an Assistant Professor of Education at Massachusetts College of Liberal Arts. She is the author of “Critiquing SEL: Psychodynamic and Cultural Perspectives” (Lexington Books, 2019) and numerous articles on the need for an emotionally complex view of children in schools.

How The History Of Race In America Is Taught In Schools