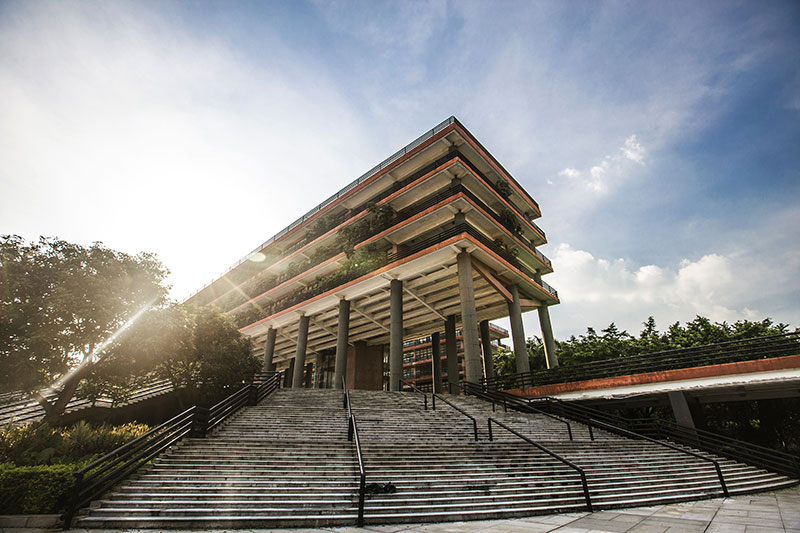 The Government Accountability Office sounded a dire warning: One in three public school students — some 14 million — was learning in a building in need of extensive repair.

In New Orleans, that meant rotting buildings with no air conditioning. In rural California, it meant difficult-to-maintain portable classrooms. America’s school facilities, one observer said, were a “national crisis.”

When the same office, an independent arm of the federal government, undertook another examination this June, the findings were familiar: in most of the country’s school districts, building systems — things like plumbing, roofing, and fire protection — were in need of major updates or total replacement. One-third of public schools were estimated to have inadequate heating, ventilation, and air conditioning systems.

Now, schools are scrambling to follow the Centers for Disease Control and Prevention’s recommendations for improving ventilation, seen as crucial to minimizing the spread of COVID-19 indoors. Meanwhile, a spate of recent research has linked air conditioning, air filters, and other building improvements to gains in student learning.

That means the stakes of improving America’s school buildings are higher than ever. What’s still unclear is whether schools will be able to address ventilation concerns in the short term to help convince leery teachers and families it’s safe to return — and whether over the long term, they’ll get the resources to address building issues that make it harder for students to learn.

“So many infrastructure, air quality issues that teachers have tried so hard to get addressed … have just been ignored,” said Kristen Record, a high school physics teacher in Stratford, Connecticut. “Unfortunately, we’re now seeing the consequences of that in the middle of a global pandemic.”

The focus on ventilation has come as scientists generally believe COVID-19 primarily spreads through the air, particularly indoors where stagnant air allows particles from an infected person’s breath or sneezes to linger.

“The riskiest places are indoor environments with a lot of people that have very poor ventilation, and you’re in there for many hours,” said Jeff Vincent, a director and cofounder of the Center for Cities & Schools at the University of California, Berkeley.

That description applies to some classrooms. Researchers have long raised concerns about air quality in schools, with studies in the U.S. and other countries finding classrooms are generally under-ventilated.

That’s led public health officials to add adequate ventilation to a broader list of safety considerations for schools. Specifically, buildings should have new air being regularly brought into each space or make sure air is being filtered.

One way to check those boxes is simply to open classroom windows, assuming they function and the weather permits. (That could prove difficult in some places. About one in four school districts needed to update or replace windows in most school buildings, according to the latest GAO report.)

Another option is to put in place portable air filters. And a third is to make sure the building’s ventilation system is working well and properly programmed.

“When an HVAC system is configured properly and it’s running,” said Theresa Pistochini, the engineering manager at the UC Davis Energy Efficiency Institute, “we essentially get this combination of particle removal and dilution. Overall, that’s going to reduce transmission of airborne disease.”

Recognition of the role ventilation can play in COVID transmission has prompted a flurry of school building upgrades across the country, though it’s too early to gauge their success. Denver Public Schools has invested nearly $5 million to improve HVAC units and install new air filters. Hillsborough County schools in Florida are upgrading their air filters. Vermont offered federal relief dollars to schools interested in upgrading their HVAC systems and improving air quality; within weeks, most schools had signed up.

But years of watching facilities issues go unresolved has left many teachers and their unions wary.

Carol Sutton began her teaching career at Greenwich High School in Connecticut in the 1980s. For decades, she said, the building’s windows didn’t open and the HVAC system struggled, even in one of the most affluent areas of the country.

“All of a sudden you realize that you’re sweating and haven’t had a good breath of air in a bit,” she said. Now the local union president, Sutton says she has sought certification from an expert that the existing systems are well-functioning, but has not received it.

“Whether or not the ventilation system is adequate in a time of pandemic, the perception is that it’s not,” said Sutton.

Toni Jones, the superintendent of Greenwich schools, noted in a statement that replacing HVAC systems is costly and time consuming. “We have many other safety protocols in place, including social distancing [and] mandatory face masks,” said Jones.

This trust gap matters because educator concerns are a big factor in whether school districts decide to resume in-person instruction. New York City school officials inspected the ventilation in its tens of thousands of classrooms, and declared the vast majority of them safe, but many teachers and some experts remain concerned.

Inadequate ventilation is just a symptom of the broader school facilities challenge, though, especially in low-income areas.

A 2016 report estimated that nationally, constructing and maintaining high-quality buildings would cost an extra $46 billion more every year, although the problem varies from state to state.

How did we get here?

One factor: school districts have been spending less on their facilities since the last recession.

Annual per-student spending on capital projects fell sharply starting in 2009 and hadn’t recovered by 2016, federal data show. Deep cuts there may have helped schools avoid teacher layoffs, for example, but could cause trouble in the long run. Building maintenance spending was basically flat during that period.

“Many schools across the country are in disrepair, and it’s chronic, ongoing deferred maintenance each year that compounds over time,” said Vincent of the Center for Cities & Schools.

Since most money for school facilities is raised locally, poorer districts also tend to be at a disadvantage. The GAO report found that while affluent districts spent over $1,000 per student annually on capital construction, high-poverty districts spent around $700 per student. High-poverty schools were also more likely to report that their buildings were in fair or poor condition, a 2014 federal report found.

Another issue that may have diverted attention and resources from basic facilities upgrades: The GAO report found that building security was school officials’ top facilities concern, despite the fact that schools are generally very safe.

The irony of America’s school facilities struggles is that while spending has flatlined or declined, a body of research linking that kind of spending to learning gains has been growing.

One recent study found that students, particularly low-achieving students, made greater gains on math and reading tests in Texas districts where voters agreed to spend more on school facilities. Another paper found that high schoolers scored worse on the PSAT when they took the exam in particularly hot classrooms.

There are some exceptions to these findings. But the weight of the research indicates that efforts to solve school building problems in the short term could have long-term benefits. It’s also bolstered advocates like Mary Filardo, who began pushing for better school facilities when her children were attending a Washington, D.C. public school in the 1980s.

The education they received was great, she says. But her kids missed school because classrooms were unbearably hot in warm parts of the year, too cold and without working heat on cold days, and because of fire code violations.

“The building was just horrendous,” she says now. “It seemed to me that it was an area that we could do better.”

Filardo has since started the 21st Century School Fund, which advocates for federal funding for school facilities. She was heartened that the House recently passed a bill with $130 billion to help schools improve their buildings and reopen safely, though it hasn’t gone anywhere in the Senate.

The challenge now, she acknowledged, is getting these physical needs prioritized with so many other educational needs stacking up thanks to the pandemic.

“There’s concern that facilities funding will compete with these very real needs on the education side,” she said. “I think there is some more attention to school facilities going forward, but it is a tough road.”

Challenges And Ideas For The Substitute Teacher