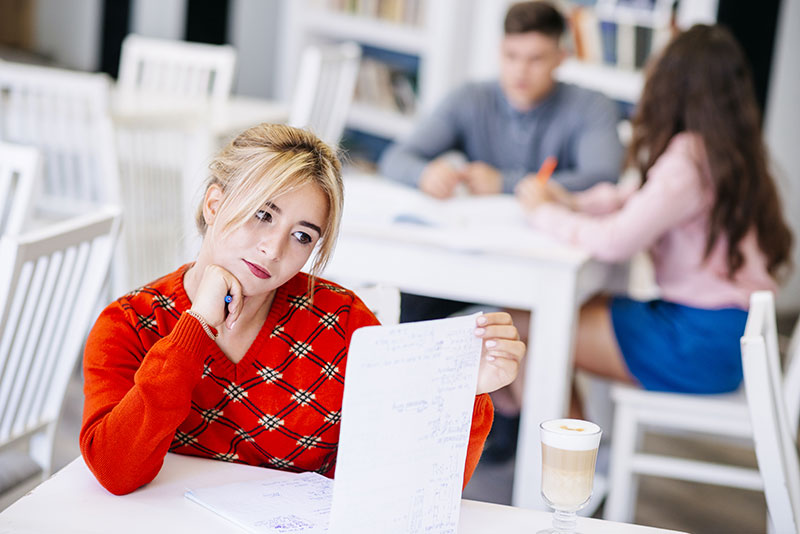 American high school seniors’ math scores didn’t improve between 2015 and 2019, while their reading scores fell, according to the latest round of federal test results.

The scores highlight the country’s broader failure to boost student test scores over the last decade and the particular stubbornness of high school reading results, which have actually declined since the early 1990s.

Meanwhile, the gap between the highest- and lowest-performing 12th graders is widening. The same trend was visible in the latest results for fourth and eighth graders.

“In both math and reading, we have noticed a pattern of declining scores that have been concentrated among lower-performing students,” said Peggy Carr, the associate commissioner of the arm of the federal education department that administers the exam. “This is a troubling indication that too many students are falling behind, and it’s something that we want to know more about.”

The scores, released Wednesday, offer a grim picture of American educational outcomes at a moment when the coronavirus pandemic is creating unprecedented new challenges for students. The only piece of potential good news: it’s possible that the lack of progress is connected to rising high school graduation rates, which mean a bigger range of students are remaining in school to take the test in 12th grade.

The National Assessment of Educational Progress, given to a sample of students across the country, is widely seen as one of the best benchmarks of student learning. Unlike many other standardized tests, it does not come with high stakes for students or schools.

Twelfth graders are usually only tested every four years and their results aren’t broken down by state, unlike the more frequent tests of fourth and eighth graders.Become a Chalkbeat sponsor

In math, 12th grade scores have not budged since 2005, the first year the exam was administered in its current form. Overall, about one in four American high school seniors is proficient or advanced in math, while 40% have math skills considered “below basic.” (NAEP’s benchmark for proficiency is considered fairly high.)

In reading, 12th grade scores are lower than they were in 1992, the first year the exam was given, and have barely changed since 2002. About 37% of high school seniors score proficient or advanced in reading.

It’s not clear why that gap is growing. “We can’t be sure,” said Carr. “We think there are a multitude of factors.”

There are large disparities between students of different races and students with parents of different levels of education, but they haven’t changed much in recent years. (NAEP does not collect any data on 12th graders’ family income.)

There are no clear answers to why the scores haven’t improved overall, either. But there is one optimistic explanation: America’s rising high school graduation rate. Because fewer students are dropping out, the latest NAEP tests likely include scores from lower-performing students who in past years might not have been in school at all. The country’s overall graduation rate increased from 83 to 85 percent between 2015 and 2018, the most recent year with federal data available.

“It’s a good thing — these students who would normally not be in the assessment are now in the assessment,” said Carr. “Some of what we see here is probably safely attributable to improvements in graduation rates.”

But it’s difficult to prove whether this explains what’s going on, or how big of a difference it makes. “We didn’t find a smoking gun, but it’s still out there as a possibility and I think a strong one,” said Kristin Blagg, a researcher at the Urban Institute who has studied trends in NAEP scores.

What about other explanations — like the Common Core, or changes in school funding, or school choice policies, or factors outside of school? There are too many variables at play to know, even though pundits and politicians often seize the raw NAEP scores to make the case for policies they have long promoted.

“To say X caused Y is not appropriate,” said Blagg. (Researchers who have carefully analyzed NAEP data to isolate the effects of specific policiesusually look at fourth and eighth grade scores, rather than 12th grade scores.)

It’s also not necessarily fair to attribute the declines to high schools alone, since the results reflect students’ experience throughout their schooling careers.

“We should be careful not to assume that it’s entirely the fault of our high schools,” the Fordham Institute’s Michael Petrilli wrote in a blog post earlier this week.

Another shred of good news: There is no evidence that American high schoolers are falling behind their international peers. The recent PISA exam, given to 15 year olds, showed that U.S. students have made modest gains in recent years relative to other countries, and are currently ranked above average in reading and science, though they remain below average in math.

Most concerning, though, might be the results still to come in the wake of the coronavirus. Another round of NAEP tests is planned for fourth and eighth graders this year, though the sample of students will be smaller than usual because of the additional costs of administering the exam during the pandemic.

Why Is Teacher Professional Development Important?